Dunder Casino was established in 2016 under MT Secure Trade Limited. It has operating licenses from UK and Malta gambling authorities. For the few years it has been in operation, Dunder has earned a reputation for its quality mobile gaming experience, several promotions and hundreds of game choices across various categories. The casino has a simple and laid-back layout where you can search for any information straight from the homepage. While providers such as NetEnt are the main software providers on the platform, there are several others, which adds ups the number of games available in each category. All of them offer instant gaming without requiring any other tools besides the app. If you want some casino gaming away from home, we recommend that you read our review of the app and consider whether you can try it at the end of it.

Our Review and Rating of Dunder Casino

There are Dunder Casino apps for two of the most popular mobile platforms, iOS, and Android. They enable you to enjoy Dunder mobile games and promotions on offer at the casino wherever you go. You can play Dunder App for free and enjoy a personalised gaming experience.

If you have been using the desktop version of the casino, you just need to log in with your credentials and start playing your favourite game. All the promotions currently running in the main site, as well as the payment methods that you were using, will be available at the app.

Given that the smartphone has a smaller screen compared to your desktop, you will find buttons enlarged, and game orientations changed for easy use of different controls. This does not change any rules or information that is contained in the main site. Dunder Casino has provided lots of information on individual categories and games for easy understanding and effective playing.

Many of the customers that have used the app have good reviews especially for the smooth and high quality graphics in the live casino and video slots, low data consumption for those using metered subscription and low use of the phone’s memory. From our research, we have found the app fun, convenient and detailed. However, we have found some games we find on the desktop that are unavailable on the app. We have given it a rating of 8.0 out of 10.

Dunder Casino app can be downloaded on the official Google Playstore or the Apple app store. Avoid downloading apps from unverified sources as some may contain harmful software. When you visit the app store, you will get a message on whether the app is compatible with your device. Generally, any Android device with Android 4.4 or later or an Apple device running iOS 8 or later can accept the app.

The app can be installed in all popular smartphone brands in the market and any other device that has met the above software requirements. For the iOS app, you can install it on iPad, iPad Air and iPhone 5, 6, 7 an X series. The Android version is accepted in brands like HTC, Samsung Galaxy series, Nokia Android, Google Nexus and Pixel devices, Huawei, ZTE, and Sony Experia, among others. For Windows and Blackberry devices, you can use the browser-based casinos that work similarly to the desktop version of the casino. 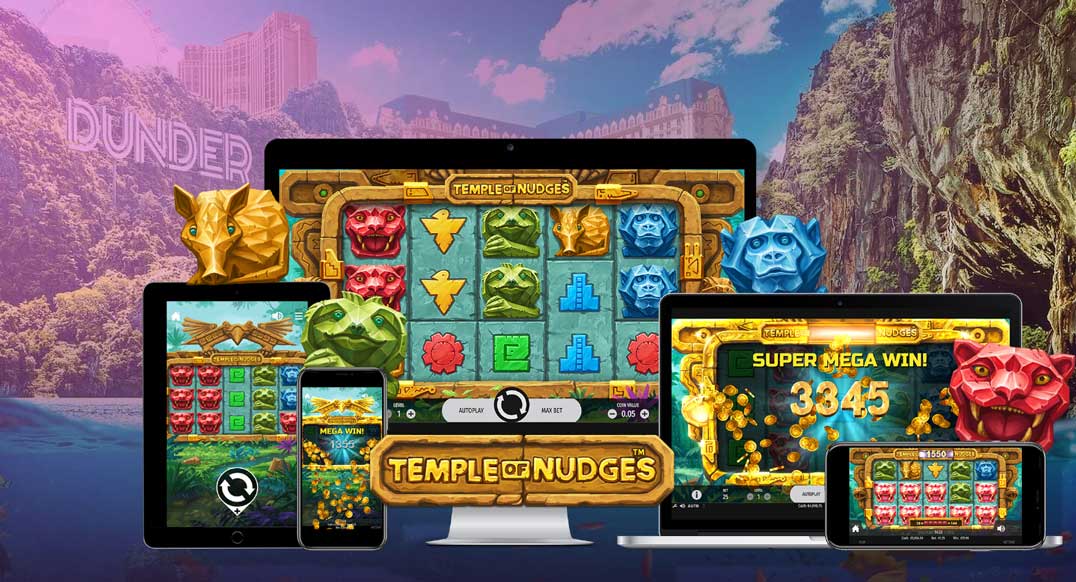 Play mobile on the go at Dunder

Devices with at least a GB of memory and 100 MB of storage space should run the app without glitches. Otherwise, you may have to close some application when playing if your phone is low on memory. Overall, the app is lightweight, compatible with various devices, and easy to install. When this is added to quality games offered by the casino and round the clock customer service, you get a chance to enjoy quality casino gaming anytime, anywhere.

As said earlier, Dunder mobile casino brings together hundreds of games from various software providers to offer variety to players. All the games are available on instant play and ready just after clicking the game icon. While NetEnt is the leading supplier, you will find other games by Microgaming and Evolution gaming, among many other providers. Almost all the games on the desktop casino have been adapted for the mobile app. Here are the most common Dunder mobile games. 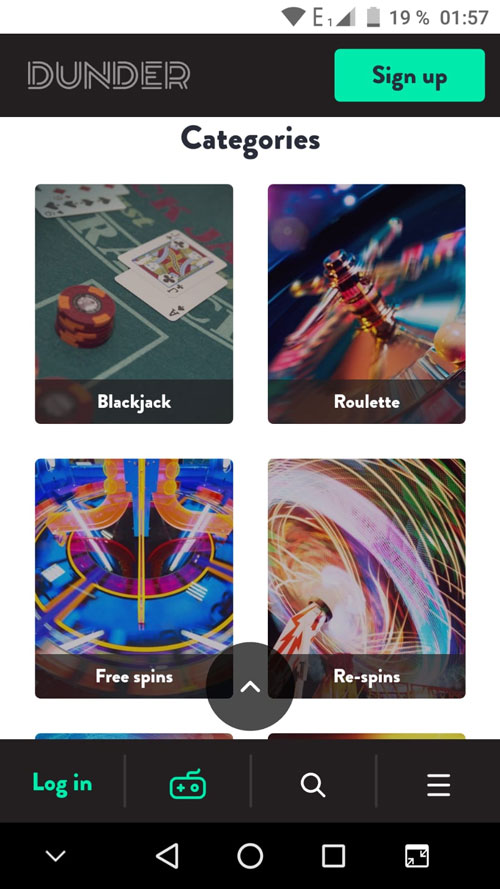 Dunder mobile offers a dose of the most popular classic games such as baccarat, blackjack, Casino Hold’em and Video poker. There are various variants at the Dunder app for each of the above games. Most of the games come with a fun mode where you can play with virtual credits rather than real cash. This offers you a chance to try games before betting on them.

When you want the feel of a real casino, visit the live casino section of the Dunder app. Games are streamed live from the casinos at the software provider’s headquarters in HD quality. The table limits differ from one variant to another. However, you will find tables allowing both extremes; very low bets of $1 to bet limits of over $1,000 with several options in-between according to your bankroll.

Slots are the largest category of games in the Casino apps. There are over 300 slot titles that range from the traditional 3-slot reels, modern 5-reel slots, and the mega paylines slots. You can also try your hand in either the fixed or the progressive jackpot games.

Our Conclusion to Dunder App

You can take time to go through Dunder Casino gaming offers from leading gaming software providers. Over four-fifths of the games on the main site are available on the mobile casino. They are not only entertaining but also offer a good chance to make some cash. The mobile casino accepts almost all phone brands in the market while you can play Dunder App for free on Android and iPhone devices. The HTML-based site is available to any device with a browser. Dunder mobile Casino follows up the casino experience with quality customer service and different promotions. We are impressed by the app performance and recommend it to punters.