Play for Real Money at NetBet 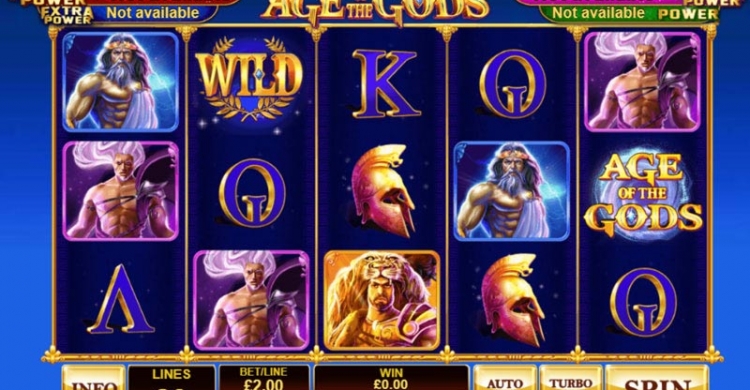 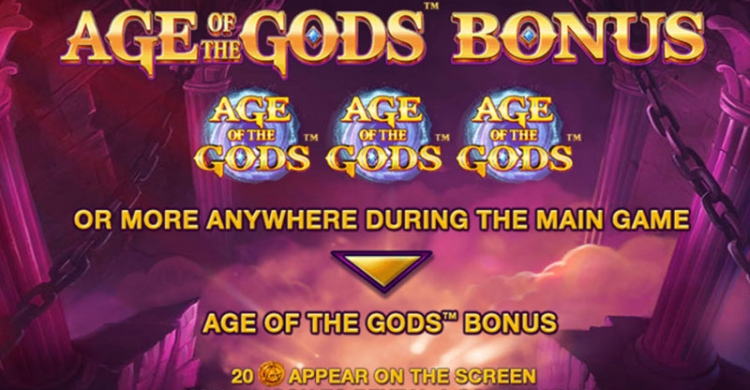 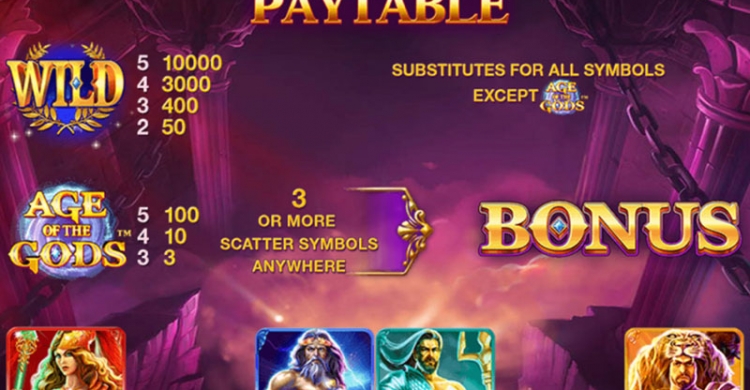 Age of Gods is a five-reels, 20 paylines slot that is powered by Playtech software. The slot is based on Greek mythology with gods such as Hercules, Athena, Zeus and Poseidon. This is a progressive jackpot video slot that allows you to place 20p to $500 per spin. Coins range from 0.20 to 250. 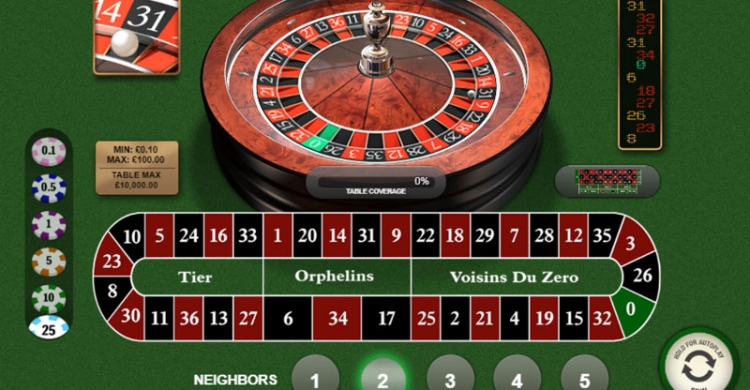 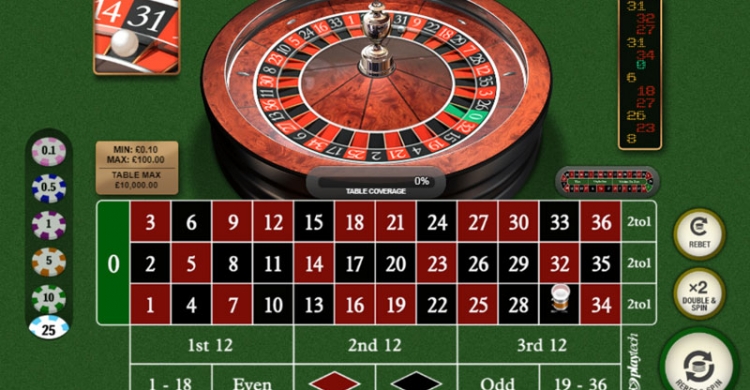 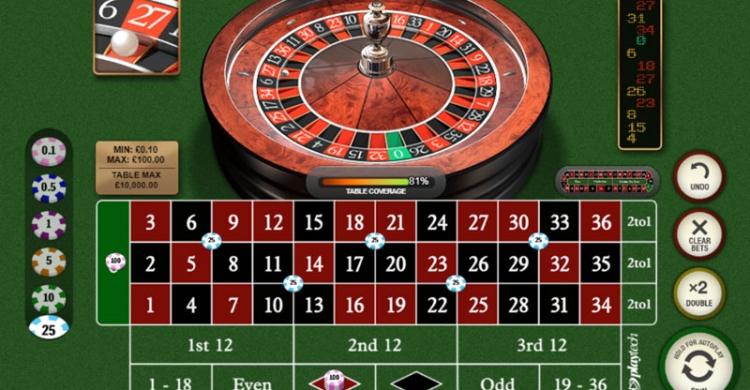 European roulette is one of the most popular roulette variants in the gambling world. Netbet and Playtech offer Netbet European roulette, which features 36 numbers and one zero. The numbers alternate in black and red with zero being green in colour.

You can play both inside and outside bets on European roulette. Outside bets easier to win than individual numbers in the inside bet, which has significantly higher payouts. Nevertheless, you can try your luck from several betting options on the paytable. 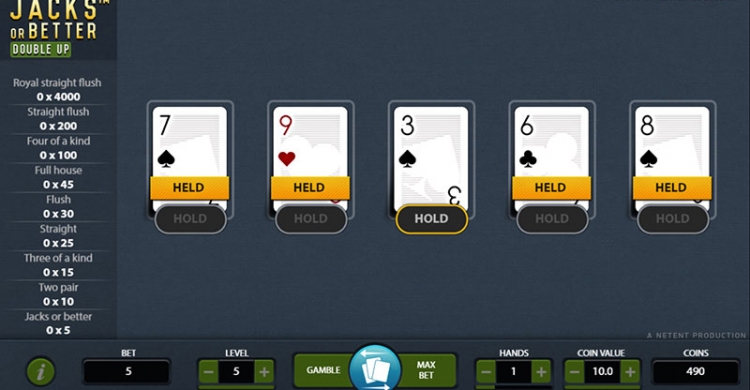 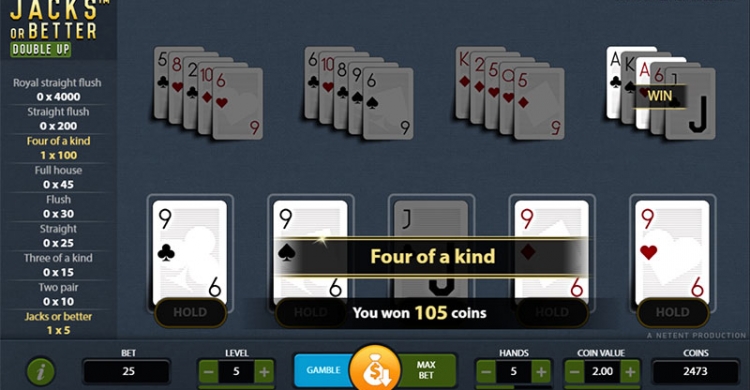 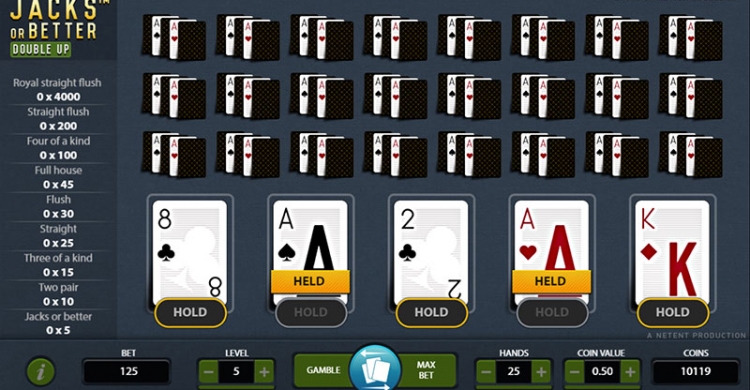 Jacks or Better is a video poker game by Net Entertainment. It is one of the Netbet best games on this section. It is a 5-card poker, which allows you to win a rather large jackpot with the favorable hand. The game is played with a standard 52-card deck without any wild cards. Cards are then shuffled after every deal, but they are randomly dealt to players.

You can play with a manual button or autoplay. You need to have one of the winning hands to bag some cash. The hands include Flush Full House, Royal Flush, Straight, Flush, Two pairs of Jacks or Better, Four of a Kind or Three of a Kind. Its jackpot value is 4,000 coins.

Below are some of the most popular slot games at Netbet Casino. 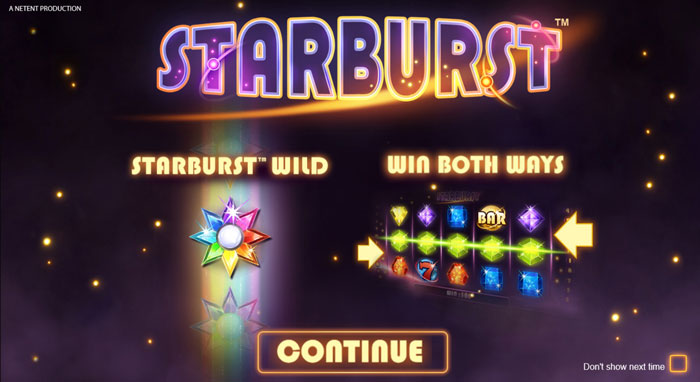 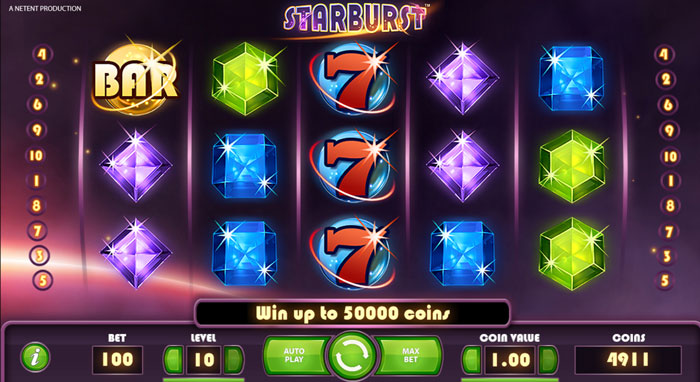 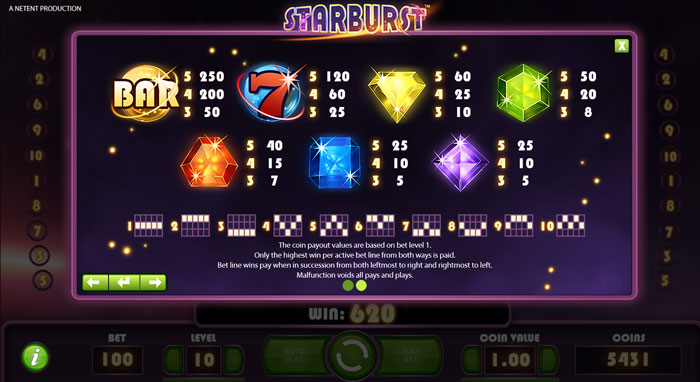 Play for Starburst for free

Starburst is an arcade-like, jewel-themed slot that is offered by NetEnt. Players enjoy a set of dazzling multicolored star-like jewels and gemstones. The slot has five reels and ten paylines. Besides, it has an expanding starburst that comes in the middle reels of the screen. When you land some wilds on these columns, the expanding reels feature comes into play and remains there for three re-spins.

You can pick a coin value from 0.10 to 100. The highest payout on the slot is 300x your bet amount. Its maximum payout is $50,000 when you have used up all the cash multiplying features. 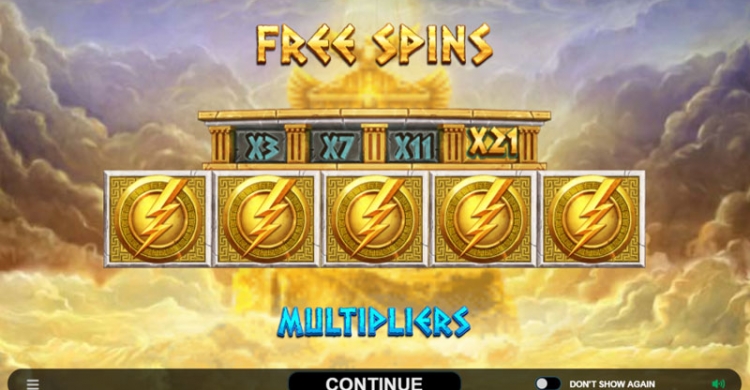 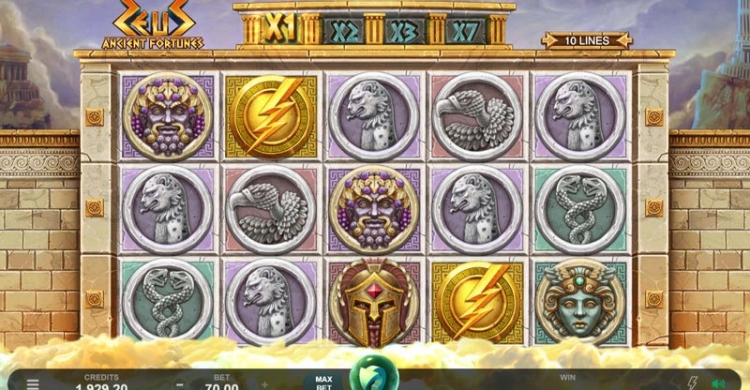 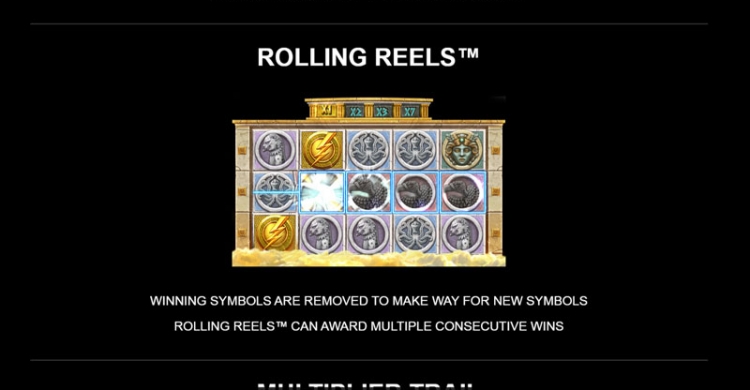 Ancient Fortunes: Zeus is a popular Microgaming slot. Its theme is based on Greek mythology where players are taken to Mount Olympus where it is believed to be the living place of Zeus and other gods. Players are usually on a mission to collect treasure from these gods.

This slot game has five reels and ten paylines and allows you to place a bet of between 10p and $70 per spin. There are various options between these extremes. Ancient Fortunes has Rolling Reels feature, which multiplies your wins by up to 7x. The maximum win is 1399x your bet amount. 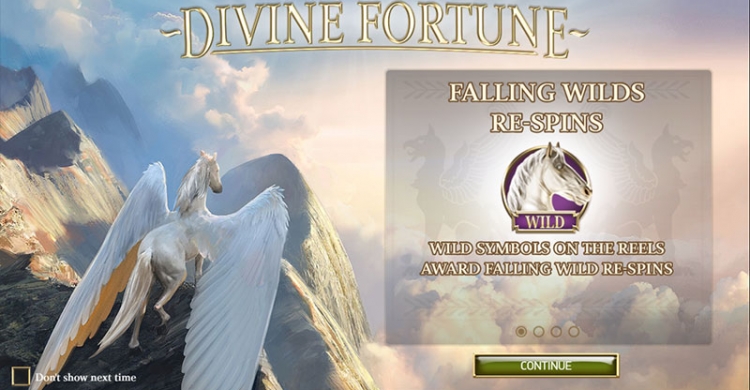 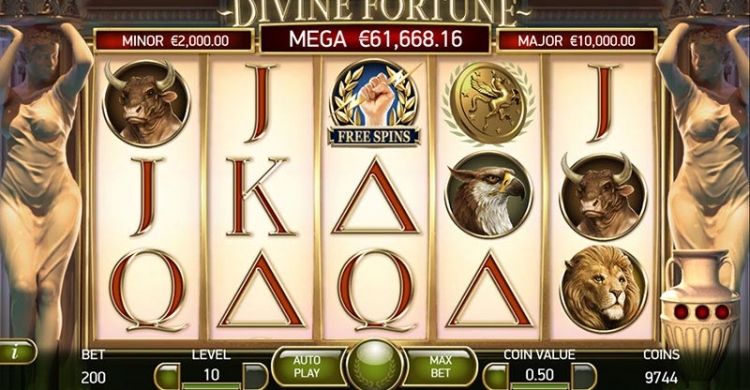 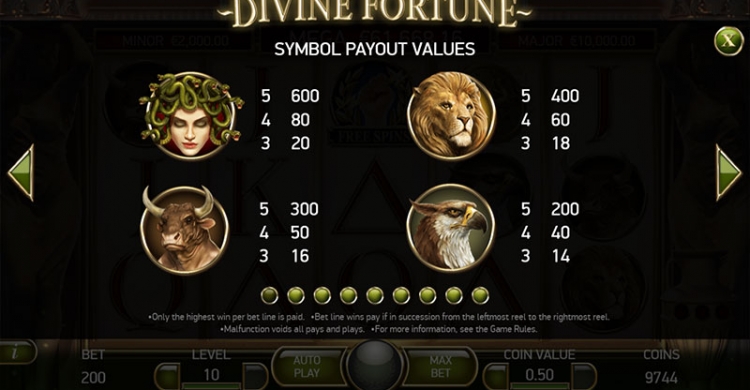 Divine Fortune is a Net Entertainment slot that offers riches and wealth of antiquity. This is a 5-reels and 20 paylines game that takes you to a mythical age of the gods. All the paylines are fixed. Coin denominations range from 0.01 to 0.50. The maximum number of coins you can bet within a line is ten coins.

You select the amount to bet with using bet level. Bet amounts range from $0.20 to $100 a spin. This is a progressive jackpot game. You can enjoy free spins, re-spins, and the bonus game feature. Symbols pay when you land three or more on a payline.

This casino has several classical games that are available on the platform. You can enjoy various variants of blackjack, baccarat, roulette, and three-card poker among others. Here is a list of some popular classical Netbet games on the platform.

You can play various baccarat variants on Netbet Casino on table games and live casino section. At the table games section, you can either play on real money version or demo mode. Classic baccarat games have limits of between $1 and over $1,000. Both value hunters and high rollers can play them.

Blackjack is one of the most popular table games in the gaming industry. You can play various variants of blackjack that include Double Exposure Blackjack, Pontoon, Multihand Blackjack and American Blackjack, among other variants. Table limits vary from one table to the other.

Keno is one of the simplest games. It is a game of selecting numbers where you pick numbers and check if they match with the ones that have been drawn. In essence, you are playing a mix of bingo and lottery. You play on a number card that has 80 numbers out, which you can choose up to 15. The maximum win is $50,000.

If you would like to play the classical on live casino, Netbet has what it takes to keep up on your feet. You can play various live tables featuring poker, baccarat, roulette and blackjack. Netbet streams games in HD quality with a 360 view, which allows you to have a good look at the table.

You will find games with both his and low table limits. If you are new to various tables, you may try the Netbet free games of the same titles in the table games section before playing live. While this section has few offers, there is still high winning potential if you play games right.

If you are looking for life-changing winning opportunities, consider trying one of the many jackpot games at the platform. There are jackpot games across various categories. Netbet slot games have the highest number of jackpots that range from fixed ones to progressive titles. There is a jackpot subsection at Netbet, which allows you to access jackpot titles fast.

The current amounts in the jackpot section vary with the number of people playing and the long it has taken from the last win. Besides, many of the games have a regular jackpot in addition to the progressive one. The progressive jackpot amounts are shown in the game.

Our Rating of Netbet Casino Games

Netbet boasts of hundreds of game titles across various categories. It works with a blend of big and small names in the industry to offer a variety to its customers. You will find these games put in various sections for the ease of selecting your preferred category. There are also various offers tagged on popular titles at the platform.

You can play Netbet games on both the mobile and desktop platforms, which adds convenience to the whole experience. For these features, we give Netbet casino games a rating of 8.4 out of 10.